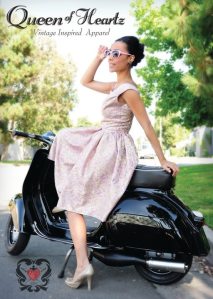 I’ve given a few tips on modeling, auditioning, headshots, and what to expect on set. However, I don’t want you getting the wrong idea that this is a glamorous lifestyle or that it’s even an easy one. My major advice to anyone breaking into the “biz” is–until you get a steady gig–DON’T QUIT YOUR DAY JOB. This is why you’ll see most actresses working a job in retail or serving at your local restaurant. There is nothing wrong with that–we have to pay our bills somehow. Fortunately, I went to school for Television Production before discovering that I wasn’t done playing in front of the camera yet. Due to that schooling, I’ve become proficient at editing, photography, music production, etc. I’d say my ratio of income that comes from doing what I’m able to do verses doing what I want to do is about 50/50. This sometimes varies depending on how many projects are booking at any given time. 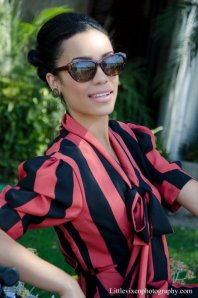 Acting and modeling are exciting, right?! Yes, they ARE when you get to do them. The process of getting the gig is a hurricane that I try to avoid as much as I can. I know this is a horrible thing to say, but I turn down probably half of my auditions because it’s a head trip getting to those castings and never hearing back from them. I mostly do background work because I know just by showing up that I’m going to get paid and I get booked off of my headshot. This way, I KNOW they want me if I get a call and I can save the hassle of wasted gas and broken dreams. I know you’re supposed to stay positive about each audition, and I do go into the room giving it my best shot. My usual outlook every time I’m seen is “This is the one! This will be the role that kick-starts my career!” I try to believe these words, but 90% of the time they come back void.

Not trying to be “Debbie Downer” over here, but if I’m going to encourage you with the best experiences, I have to let you in on the not so great ones as well. Everyone will have their chance if they hunger for it enough. It might take 10 days or 10 years to have steady income as an actress/model, but if you have a passion to pursue any gift that God has given you, there’s a reason your journey is laid out the way it is. When I first moved to California from Hawaii, I had something to prove to everyone I left behind. First of all, it was an unexpected thing that came out of nowhere with me getting married and packing my things in a matter of months. I was personally as surprised as–if not more than–everyone who saw my situation unfold. That being said, I couldn’t come here and not make it. It would be a let down to myself and a shameful thing to admit to anyone else who supported my decision.

I believe the reason it took me so long to get where I am today is because my pride had to be broken and I needed to experience the disappearing opportunities like water running through my fingers. If it were any easier, I’d be so full of myself and everything I was capable of that there’d be no room to thank God for His provisions for me. Even though I booked my first feature film, it’s been over a year since we wrapped that shoot. I don’t have much to show for it–or anything else I’ve done for that matter–because I’d probably have held onto that like my trophy proving I had made something of myself. It’s so funny because some of my lowest paying jobs for Disaster Date on MTV–where I did my first background work–is where my friends from all over the world recognized me and they thought I had already made it big. (Those episodes are still airing, mind you.) Little did they know that I was handed a $50 bill at the end of a sometimes 14 hour work day and that’s what I was making maybe two days out of the week. But hey, it was good old American cash that I could take to the bank! Haha. 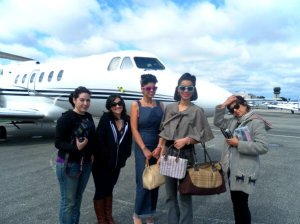 Just the simple fact that I can be paid for doing something I love makes it so worth it, but it does get really old and really boring going through the “system” and waiting on that phone call that changes your life: “Hello, is this Kytia? This is fill in the blank and we’d like to book you for the role you auditioned for!” Like music to my ears and a jolt to my heart. Each job gets me closer to the “dream” of working to live and loving what I do. I don’t believe in working yourself to death just to get the American quota, but I do believe in being independent and stable enough to have what you need. This can be done through any career, but you have to take the good with the bad and be thankful for every opportunity you have. I hope this “news flash” was helpful to any of you out there considering a career similar to mine.

“Do not despise these small beginnings, for the LORD rejoices to see the work begin…”